Harrison Smith, one of the top obituary writers in the U.S. and a SPOW member, appeared on the Remembering the Passed podcast this week to discuss his obit of Ted Dabney.

Dabney, who died on May 26 at the age of 81, was a largely self-taught electrical engineer and the co-founder of Atari, Inc. He developed the basics of video circuitry principles that were used for Pong, one of the first and most successful arcade games, but until about a decade ago, Dabney's achievements in the world of video gaming were largely overlooked.

Click here to read Smith's wonderful obituary of Dabney, then check out the discussion of his life below:

Cory Franklin was the director of Medical Intensive Care at Cook County (Ill.) Hospital for 25 years. Since retiring, he's contributed articles to the Chicago Tribune, The New York Times, The New York Post, The Washington Post and The Chicago Sun-Times. Franklin is also the host of the podcast, Remembering the Passed, which discusses the role of notable people who have died recently on our history, society or culture. Here are the latest episodes:

The art of obituary writing 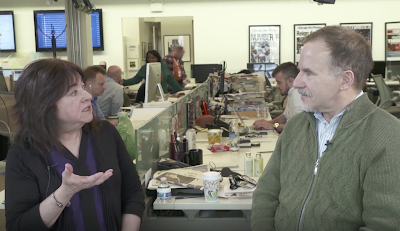 How does a journalist sum up in one story the impact of a lifetime?

Well, for Chicago Sun-Times obituary writer Maureen O'Donnell and columnist/obituary writer Neil Steinberg, it involves connecting the dots between past and present.

Watch their full interview below:

Posted by Jade Walker at 7:17 AM No comments:

Quote of the week 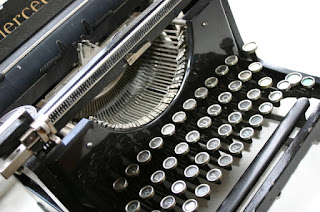 "It is not our intent to honor the dead; we leave the tributes to the eulogists. We seek only to report deaths and to sum up lives, illuminating why, in our judgment, those lives were significant. The justification for the obituary is in the story it tells." --William McDonald
Posted by Jade Walker at 8:12 AM No comments:

Addressing the forgotten with fashion

Avalon Hester, a 17-year-old art student in Napa, Calif., was so intrigued by the women featured in "Overlooked," The New York Times' new series on groundbreaking women who did not receive Times obituaries when they died, that she painted portraits of them. Hester then transformed seven of those portraits into a dress:

These are some pictures of my Final Project - a 12 lbs dress made of 7 full scale portraits on canvas. The portraits are both oil and acrylic, and they’re of women from the New York Times Overlooked Obituary Project. Over the 167 year printing history of the New York Times, only 15% of their obituaries have been of women. This piece used that project to talk about our culture of dismissing women, and how the vulnerability of sharing experiences can abolish it. I’m really proud of this project and the way that Oxbow shaped my art throughout the semester. Thank you to everyone who came to Final Show, and helped make this whole semester possible. Photo cred: the amazing @zaelanewcomb @nytimes @nytimesfashion #nyt #newyorktimes #overlooked #art #oxbow #fashion #dress

A change in leadership 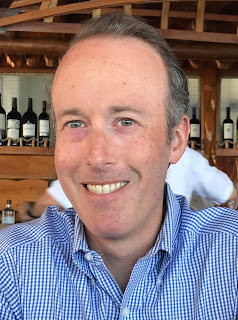 I'm thrilled to announce that The Society of Professional Obituary Writers has a new leader. Adam Bernstein, obituary editor for The Washington Post, was nominated for the position and has kindly accepted the responsibility.

Bernstein has spent his career putting the "post" in The Washington Post, first as an obituary writer and then as editor. The American Society of Newspaper Editors recognized Bernstein’s ability to exhume “the small details and anecdotes that get at the essence of the person” and to write stories that are “complex yet stylish.” He is featured in Marilyn Johnson’s book about the obit-writing craft, “The Dead Beat.”

Among the obituaries Bernstein has written, his favorites are those of Edward von Kloberg III, the lobbyist for dictators and despots who embraced the slogan “shame is for sissies”; and the filmmaker Billy Wilder, who wooed his future wife with the line, “I’d worship the ground you walked on, if only you lived in a better neighborhood.”

As the fourth president of SPOW, Adam has seen wonderful examples of leadership. Alana Baranick, Andrew Meacham and Maureen O'Donnell all put their own stamp on the society and helped it to flourish. I have no doubt that Bernstein will lead us well.
Posted by Jade Walker at 1:38 AM No comments: