What life is like for the person who writes death notices

In the past 15 years, many newspapers have laid off their obituary writers, transferred these experienced journalists to other beats or pushed them out of the business with early retirement demands and buyouts. Why pay a reporter to write a fair and balanced story about someone's life when the family will pay money -- often a lot of money -- for a death notice?

But did you know that the person in the classified department who's paid to type those profitable ads also faces backlash about the publication's cash flow problems? As Adam Matcho noted in this essay for XOJane:

[My boss] asked if deaths were down this year in Westmoreland County, because revenue is down, and is that maybe something I would want to look into? He wanted me to email him back.

Click here to read the rest of Matcho's story.
Posted by Jade Walker at 7:10 AM No comments:

The power of the last word

"Those who write about the dead face a similar conundrum: not only whether but how we should portray them. There seems to be an unspoken code, but it’s vague, nothing more than an urging to tread carefully. The code, if it exists at all, is an acknowledgment that those who write about the dead wield tremendous power—power that is largely uncontested. The dead can’t call up and contradict you; they can offer no alternate story. There is only interpretation and the potential to mangle. The people who write about the dead are playing with the only thing the dead have left—the stories we tell about them." --Laura Smith, The Paris Review

What is your code?

Posted by Jade Walker at 4:13 AM No comments:

Members of The Society of Professional Obituary Writers keep in touch in many ways. There's the website, this blog, our private Facebook page and the SPOW email. Now, per member request, SPOW has its very own Twitter page: http://twitter.com/obituarywriters. 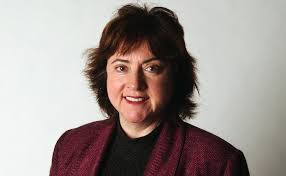 Maureen O'Donnell, award-winning obituary reporter for the Chicago Sun-Times, has been elected president of the Society of Professional Obituary Writers (SPOW).

SPOW is a professional organization for folks who write about the dead for a living. Since 2007, the society has provided professional training and resources to help writers develop reporting, interviewing, writing and new media skills for creating outstanding obituaries.

O'Donnell became the newspaper's obituary writer in 2009 after 20 years as a general assignment reporter, during which she wrote about crumbling conditions in Chicago schools, Mississippi River flooding, the 1996 Democratic National Convention in Chicago and the Jeffrey Dahmer slayings. Before joining the Sun-Times, she was a reporter and editor at the City News Bureau of Chicago; a criminal courts reporter for the Milwaukee Journal, and an associate editor at Adweek magazine.

A Chicago native and graduate of Loyola University's Mundelein College, her journalism awards include the Chicago Headline Club's Anne Keegan Award, SPOW awards for obituary-writing, the Illinois Associated Press Editors Association public service reporting award, the Illinois Gold Bell Award from the Mental Health Association in Illinois and a Lisagor award. She believes obituaries have some of the best writing in newspapers and online, and that they’re both send-offs and storytelling from eyewitnesses to history.