Jim Naughton, president emeritus of the Poynter Institute for Media Studies, wrote a compelling piece titled "A Death Notice for Obituaries?" that appears in today's (Nov. 29, 2010) edition of Obit magazine.

Your thoughts?
Posted by Alana Baranick at 12:43 PM 2 comments:

It's leads like this that instantly capture the subject and draw readers into the obit:"Bee Wood drank her final martini on November 14."

Though the rest of the family placed death notice is pretty standard,
you can read about this 90-year-old "red-haired spitfire" at
http://www.legacy.com/obituaries/tallahassee/obituary.aspx?n=bee-wood&pid=146715370. 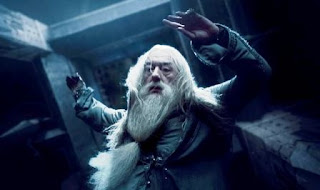 Posted by Alana Baranick at 9:52 PM No comments:

Our magnificent colleagues Jade Walker and Jim Nicholson now can be viewed on the CBS News Sunday Morning obit writing segment posted on YouTube. They are smart and insightful. I'm included as the comic relief.

The video is also in a post right below this one.

The Sunday Morning crew, talented producer Steve Glauber and noted interviewer Jeff Greenfield shadowed Society of Professional Obituary Writers at our 2010 conference in Philadelphia for the piece. They did an excellent job of editing our riveting interviews and adding New York Times interviews and visuals.

None of this would have come about were it not for the multi-year, tireless efforts of SPOW founder (though she resists being identified as such) Alana Baranick.

Thanks to all for so artfully presenting our craft and professional society to the world.
Posted by Kay Powell at 9:03 PM No comments:

CBS newsman Jeff Greenfield (pictured right), his producer Steve Glauber and a crew from CBS Sunday Morning spent the first day of the 2010 Society of Professional Obituary Writers (SPOW) convention at the Philadelphia Inquirer in April, interviewing obit writers and taping some portions of the gathering.

They were preparing a segment on obituaries for the Sunday morning TV magazine show.

They let us know several weeks later that they also would be interviewing folks at the New York Times about "Profiles 9/11/01," the compilation of mini-obits the paper ran on victims of the terrorist attack on the World Trade Center for the segment. 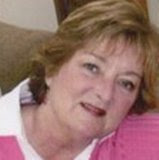 The finished product, which finally aired as part of show's Halloween presentation of Oct. 31, 2010, focused on "everyman" obits, done by such writers as Jim Nicholson (pictured above left) for the Philadelphia Daily News and Kay Powell (pictured right) for the Atlanta Journal-Constitution.

Among the highlights was the life-and-death philosophy of Jade Walker (pictured below), creator of the Blog of Death:

"Obits only have one line that deals with death. The rest of the story is about the amazing lives that people lead."

"Life is short. You have to make the most of it. I don't wait until the last moment to tell someone I love them. I don't wait to take that trip I've always wanted to take."

Click here to read the transcript.
Posted by Alana Baranick at 11:07 AM 3 comments: